What Other Hobbies / Passions Have You Got 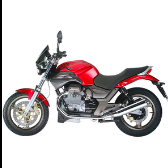